Is Australia A Better Place to Move Than New Zealand?

Many people think Australia is the more prosperous nation, where wages are higher, houses are cheaper, and the quality of life is better than New Zealand, but is that really the case?

If you are considering moving ‘down under,’ you might have discussed the pros and cons of moving to Australia rather than New Zealand. Many people think Australia is the more prosperous nation, where wages are higher, houses are cheaper, and the quality of life is better than New Zealand, but is that really the case?

Wages are higher in Australia

Australia has a much larger population than New Zealand and has a bigger job market. With so much competition, many businesses can offer higher salaries to Australian workers. New Zealand’s medium hourly wage for women is $26.37, while in Australia, it is $37.02. That’s an average difference of almost $11 more an hour for Australian workers.

Australia is cheaper to live in than New Zealand

Australia is often called more affordable, but New Zealand comes out on top in certain areas.

In Australia, the average rent price is pushed higher by house prices in Sydney and Melbourne. However, New Zealand’s average house price is skewed higher because of Auckland. Outside of these main centres, renting or buying a home in New Zealand is still cheaper. New Zealand’s housing stock tends to be older. However, Christchurch’s rebuild proves that you can find newly built affordable housing in New Zealand. Australia also has a stamp tax added to the sale of every home. This can push up the cost of selling.

The price of many everyday items is lower in New Zealand. Apples, bread and cheese are all lower on average in New Zealand. However, it ultimately depends on what you are buying. Australia has more supermarkets to offer competitive prices. New Zealand’s supermarkets operate as a duopoly. More competition in the future could lower some prices even further for kiwis.

Australia has a better quality of life

Australia certainly comes out better financially, but does it really have a better quality of life? New Zealand is the safer nation. In 2019, New Zealand was ranked the safest nation in the world and overall we have a lower crime rate than across Tasman.

New Zealand was also ranked as the least corrupt country in the world for the third time. Many kiwis also report feeling New Zealand’s indigenous culture is better integrated and celebrated than in Australia. Aspects of Maori culture are more visible and cultural elements are woven into New Zealand schools, workplaces and communities.

Life in New Zealand also tends to be slower. There is less emphasis on buying materials things or ‘keeping up with the joneses.’ Australia ranks in the top 10 countries spending the most money on cosmetic surgery.

Is Australia the better place to live? 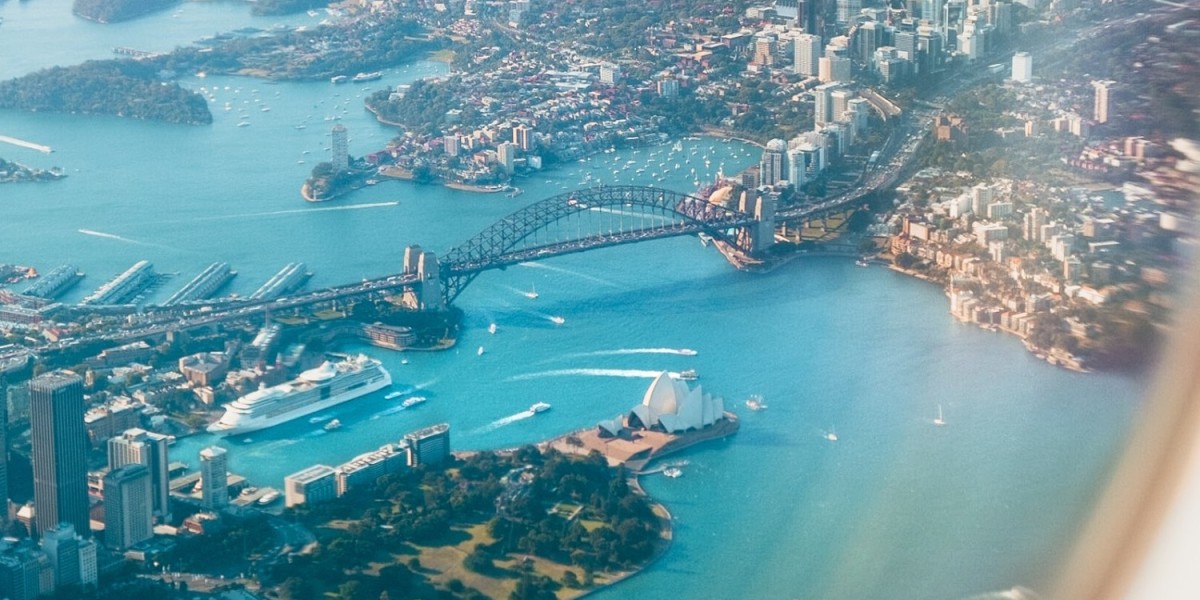 Ultimately, it comes down to what you are looking for. Many New Zealanders move to Australia for financial gains and end up moving home again a few years later for the ties back to the communities, culture and the great outdoors.

Australia has the benefit of its 25 million inhabitants. The cities are larger, and the pays are higher, but work-life balance tends to skew in favour of work. New Zealand truly is a lifestyle-first country where friendliness comes first and having a life outside of your career or just collecting material things is highly valued.

If you’re thinking of making the move to New Zealand, one thing you won’t have to overpay for is a mover. At Wise Move , we keep costs down by finding you room on already existing transport routes. Book your move today.

Back to All Posts
All Covered. No Hassle. Moving companies services across New Zealand — book online now
9.6 (11,179 reviews)
Get Prices

Read reviews of Wise Move to learn stories from our customers.
$249

Armchair
Paraparaumu
Brooklyn, Wellington
10
Lucy
Amazing! Thanks so much
$330

1 bedroom flat move
Grey Lynn, Auckland
Waterview, Auckland
10
Angela
I would highly recommend. Friendly and professional service. Both Jordan and Isaac were awesome and did a great job for our mini house move.
$690

Holden Colorado Canopy
Otorohanga
Mahora, Hastings
10
Jacob
Very awesome crew to deal with, Shane and Carmen done an awesome job of getting my Canopy down to me from Hamilton in a efficient timely manner and with no damage. Just an all round nice crew to to deal with:)
$179
Dining table, 6 x dining chairs, Cabinet
Hillcrest, Auckland
Mount Roskill, Auckland
10
Marguerite
Excellent communication and a great move. Thank you!
$385
2 bedroom flat move
Mount Eden, Auckland
Eden Terrace, Auckland
10
Niamh
Great service, arrived on time, was efficent, took care of my furntiture with blankets etc. in the van. Great job, thanks!
$99
Bar stool
Remuera, Auckland
Northwood, Christchurch
10
Lee
Super impressed with the service from this company. Just no hassles at all. Quick and convenient. Highly recommend. A+
$180

Box, Box, Box
Somerville, Auckland
Somerfield, Christchurch
10
Ben
Once again an amazing service from these guys. Above and beyond what’s expected. Would happily recommend and use again
$140
Sofa
Frankton, Hamilton
Kelvin Grove, Palmerston North
10
Sarah
Great to deal with. Will definitely use this service again if we need to. Highly recommended.
Load more
Read all our 11,179 reviews
It's fundamentally the cheapest way

7 Hidden Costs to Budget for Before Buying a Home
Many first-home buyers are surprised by the one-off costs of applying for a home and the ongoing costs of living in one.  Before buying a home, ensure you’ve budgeted for the following expenses. Building reports In New Zealand, you don’t have to apply for a building report before putting an offer in on a home. However, it’s always a good idea to know what work has been completed so you know the home's condition.

5 Things to Know About Renting a Home in New Zealand
New Zealand has a reputation as a progressive and friendly country. Our small country is popular with immigrants looking for work-life balance and a slower pace of life. While there are a lot of areas where New Zealand shines, renting a home can come with a host of issues you may not experience overseas.

How to Move and Ship Goods to New Zealand
New Zealand has strict custom rules when compared to many other countries. Pests, seeds, and foreign materials can disrupt the country's precious biodiversity. New Zealand has tight custom borders and restricts many items from importation.

Buying Near a Beach in NZ? Know These Things Before You Move
New Zealanders love the beach. 65% of kiwis live within 5 kilometres of the sea, and owning coastal fronting property is part of the kiwi dream. Beachfront property is highly sought after around the country, and house prices for seaside homes are often well above $1 million dollars.  Despite the high price tag, owning coastal property can come with its own set of problems.

7 Downsides to Consider Before Moving to New Zealand
Many people see New Zealand as the perfect place to live, with its amazing nature and mild climate year-round. As a beautiful country with so much space, it’s no wonder many people want to move here from places around the world. However, before you move to New Zealand and transition from your current home country or region, it’s important to do some research.

The Best Sofas on Sale Right Now in New Zealand
If you are looking to upgrade a piece of furniture in your home, you can’t go past the humble sofa. It’s the main focal point of any lounge and is an item that gets a lot of use by the whole family. Mid-year is a great time to search for a new sofa, as many shops are holding sales to make way for incoming stock.

Get Rid of These 7 Things Before Your Next Move
One of the best things you can do before a move is to eliminate excess items that you no longer use. Here are 7 things you should avoid taking with you to your next home. Broken children’s toys If you have children, there’s a good chance you have more than a few boxes of toys lying around.
More reads

10 Ways to Save Money on Your Next Move in New Zealand
Let’s face it, moving home is expensive. Many people fail to accurately budget for an upcoming move between buying new packing supplies, hiring a van, or paying a mover. Fortunately, with a bit of foresight, there are many ways to save money before moving house.

5 Things to Consider Before Moving to A Small Town in New Zealand
The pandemic has raised a lot of questions for people around New Zealand. Now that many people have more flexibility around where they can work, does it make sense to spend tens of thousands of dollars to live in a major metropolitan centre? In 2020, 12,600 Auckland residents migrated to other parts of New Zealand - the biggest shift in internal migration that year.

What Type of First Home Should I Buy In New Zealand
Like many countries, New Zealand is currently suffering from a housing crisis. While some of this is driven by the pandemic, increased immigration and a lack of supply have compounded the problem. As a result, many New Zealanders are looking at options outside of the ‘quarter acre dream’ to secure their first home.

How to Protect Your Bond On Moving Day
In New Zealand, you’ll need to pay a bond to your landlord before moving into a rental property. You’ll also need to keep your property in good shape to get your bond back. Whether you’re moving in or moving out of a rental property, it’s a good idea to have a plan to protect your home from damage during the move.