The Best Places to Retire in New Zealand

Let's take a look at these places that are perfect for retirees that want a home that is easy to care for. New Zealand has plenty of towns that are perfect for retirees, but with the global pandemic increasing house prices around the country, these regions are now more expensive than ever for new retirees.

Tauranga, the Kapiti Coast, the Bay of Islands, the Coromandel, and the Rodney District just north of Auckland have always been popular with retirees due to their high number of sunshine hours and laid-back lifestyles. With the average cost of a home sitting at $1 million, many retirees can no longer afford to move to these sunshine-rich destinations. So, where does that you?

Many retirees rely on downsizing their homes as part of their retirement plan. Moving to an area with a high cost of living can make it harder to fund the retirement lifestyle that you want.

The good news is there are still plenty of destinations that combine good weather, a slower pace of life, and affordable, smaller housing for retirees that want a home that is easy to care for. 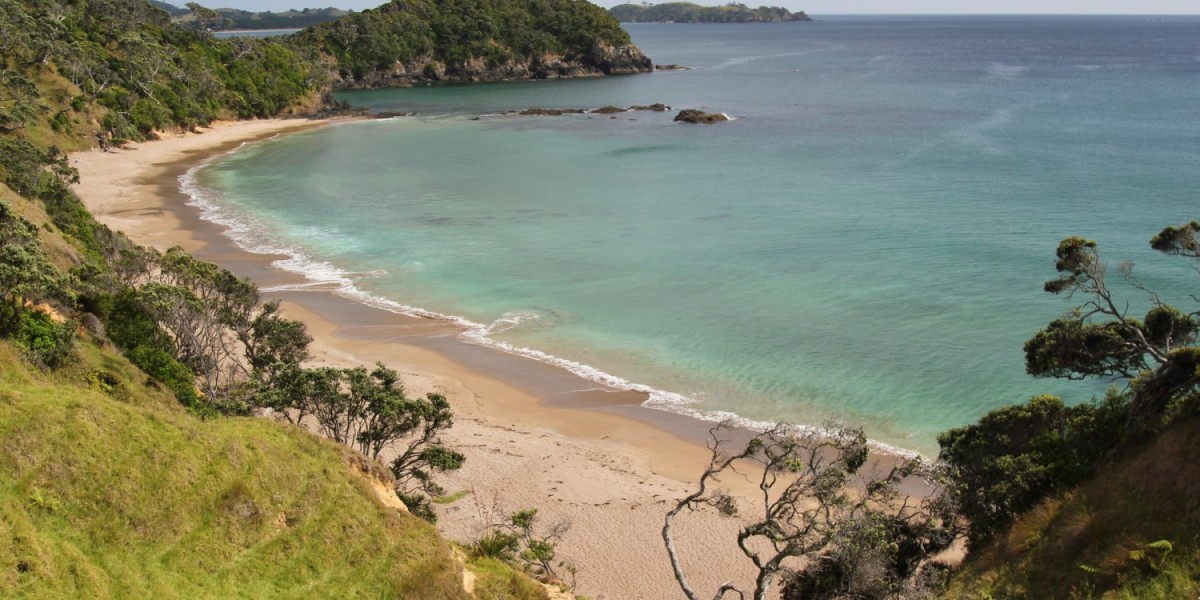 Described as the “Tauranga of ten years ago” by some real estate agents, Whangārei is a great option for retirees that are priced out of the Tauranga or Coromandel real estate markets.

Located in Northland, Whangārei is a two hour and 18-minute drive from Auckland, making it ten minutes quicker than the drive to Coromandel and twice as fast as driving to Tauranga.

On average, house prices sit at around $776,000 in Whangārei, which is cheaper than Tauranga where the average price is $1.139 million. There are several million-dollar suburbs in Whangārei that push the average price higher. It’s also possible to get views of the coast and beaches without paying the same price as you would in a more popular location.

Whangārei has a similar oceanic climate to Auckland, and temperatures between the summer and winter months stay fairly moderate. Winters are wet and daily temperatures throughout the year due to high year-round humidity.

Whangārei is the perfect retiree destination for those that still enjoy art, the outdoors and cafe culture. Whangārei has a thriving outdoor graffiti art scene, beautiful scenery like the Whangārei waterfalls and plenty of options for dining and eating out. 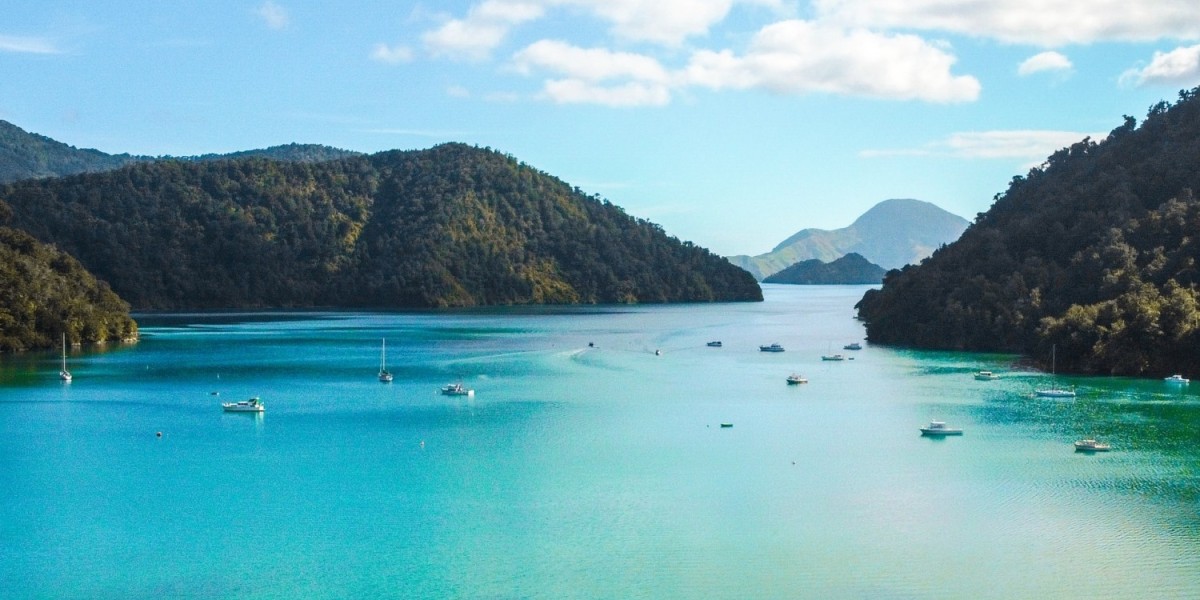 For retirees looking for a sunny climate in the South Island to move to, Marlborough is increasingly becoming a popular destination with over-60s. It’s less expensive than the Nelson-Tasman district right next door and town’s like Blenheim has everything you need without being too busy or too boring.

Blenheim has its own airport which makes flying in and out to see loved ones more convenient than driving the six hours south to Christchurch or taking the ferry across to Wellington from Picton.

Picton, Blenheim, Marlborough, Seddon and the Wairau Valley in Marlborough have the cheapest house prices when compared to the Nelson-Tasman regions.

One of the benefits of retiring to this wine-growing region is definitely the weather. While the Marlborough region gets slightly more rain than Nelson-Tasman, the days are still warm and the winters relatively mild.

The landscape of Marlborough is also one of its charms. During autumn the leaves change colour into vibrant reds and yellows framed by the hills of the region. There’s also no shortage of wineries, walks, biking trails, caravan spots, and small bays and beaches to explore. 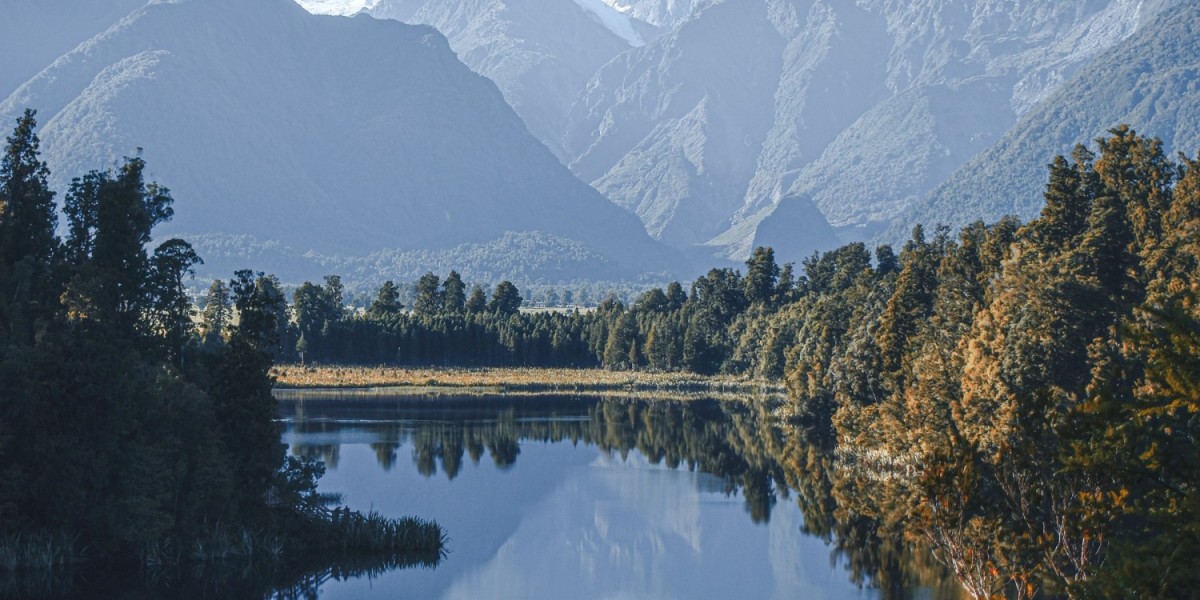 One of the most surprising destinations becoming more popular with retirees is the South Island’s West Coast. While it has a reputation for being rainy and isolated, this long region has many different climates and ticks a lot of boxes for retirees looking for stunning scenery, affordable housing, and a quieter way of life.

If you’re looking to get the most bang for your buck, moving to the West Coast is a fantastic option. The houses are plentiful and you might not even have to downsize while still having enough money in your pocket for any renovations you might want to do.

The average house price on the West Coast is $335,000, up from $180,000 just five years ago. No matter where you are moving from, it’s likely you’ll be able to find the house of your dreams on the West Coast.

Karamea is becoming a popular destination due to its high number of sunshine hours each year which are comparable to Nelson or Blenheim. It also gets double the rainfall so you’ll never have to worry about watering your lawn or saving water due to drought.

The West Coast is a haven for retirees that enjoy solitude or the great outdoors. With a population of just 32,700 as of June 2021, only 0.6% of New Zealand’s population lives here. For those seeking a quiet retirement or a lifestyle that’s a bit more off the grid, the West Coast is the ultimate place to retire.

Need help with your move?

No matter where you are retiring to in New Zealand, Wise Move can help you move there. At Wise Move, we can help you search for reputable moving companies throughout the country to make your move entirely stress free.

Back to All Posts
All Covered. No Hassle. Moving companies services across New Zealand — book online now
9.6 (10,266 reviews)
Get Prices

Roman blind 197cm wide x 153cm long
Chartwell, Hamilton
Seddon
10
Olivia
Great communication, I really appreciated knowing they would be in touch so I could meet the delivery. Awesome service, thanks!!
$195

Home move
Buying Near a Beach in NZ? Know These Things Before You Move
New Zealanders love the beach.

Home move
7 Downsides to Consider Before Moving to New Zealand
Many people see New Zealand as the perfect place to live, with its amazing nature and mild climate year-round.

Furniture Removals, Home move, Man With a Van
The Best Sofas on Sale Right Now in New Zealand
If you are looking to upgrade a piece of furniture in your home, you can’t go past the humble sofa.

Home move, Furniture Removals
Get Rid of These 7 Things Before Your Next Move
One of the best things you can do before a move is to eliminate excess items that you no longer use.