The Cost of Living in Queenstown

Queenstown is one of New Zealand’s most exciting places to live. Queenstown is one of New Zealand’s most exciting places to live, but the small south-island town comes with a hefty price tag. Queenstown is an expensive place to live, and house prices are regularly in the millions.

Reasons to move to Queenstown 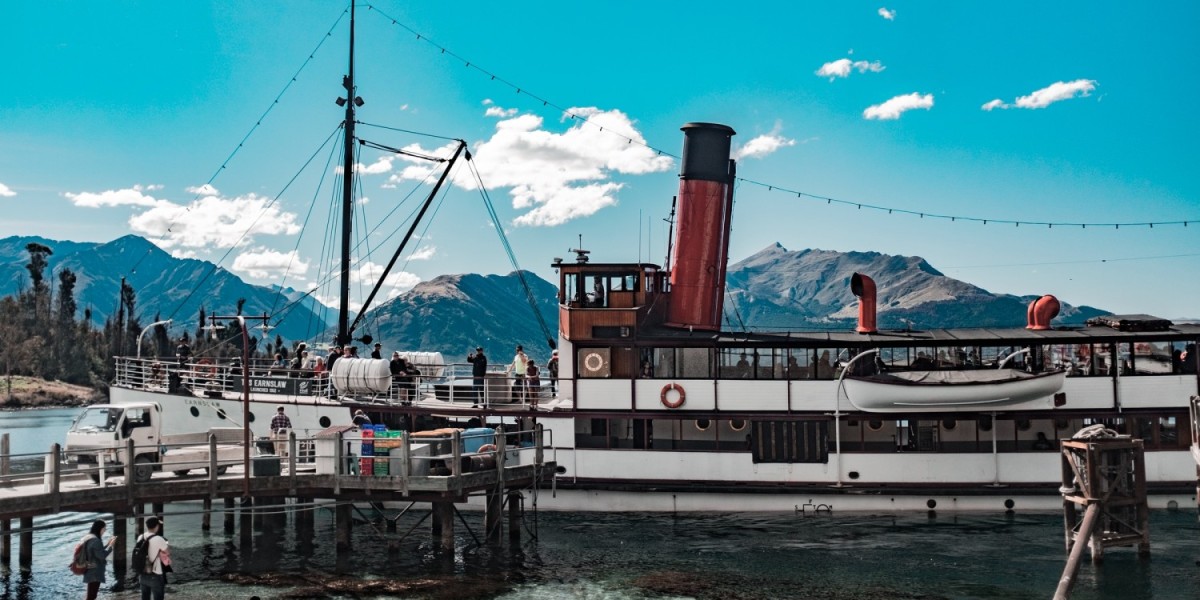 Queenstown is a popular tourist destination due to the mountains, many tourist activities and beautiful scenery. It’s a popular destination for travellers looking to complete a ski season at one of the many local ski peaks.

Queenstown is located on the shore of Lake Wakatipu and is framed by the Southern Alps. It’s known as the Adventure Capital of New Zealand due to adrenaline-fuelled activities like bungee jumping and jet boating that originated here. Many people also move to Queenstown to enjoy the ski season. There are three major ski areas: The Remarkables, Treble Cone and Coronet Peak to enjoy.

While Queenstown is expensive, many people live further away in towns such as Frankton, Arrowtown and Lake Hayes as the houses in these areas are slightly cheaper, and the sections are a little bigger.

Queenstown is a top-rated tourist destination, and finding work in the town isn’t always easy. It’s a good idea to secure a job before moving. In some jobs, such as retail, workers are paid much higher than the minimum wage to keep up with the high cost of living. Working in Queenstown for a summer or winter can be a good way to earn and save money if you can find cheap accommodation.

Cost of living in Queenstown

Queenstown has always suffered from a shortage of accommodation due to the transient nature of many industries, like tourism. It’s not unusual for people to share a flat or rental with five or six others. It is a good idea to look for housing before moving to Queenstown. 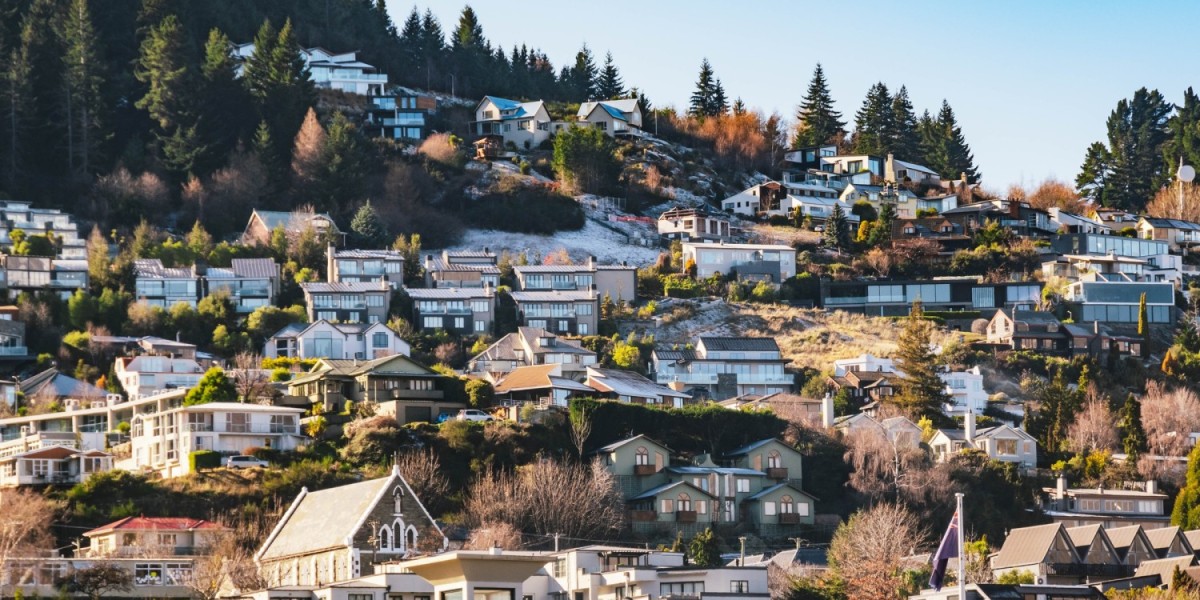 There are 24 suburbs and towns to rent houses in the Queenstown-Lakes area, some further away like Glenorchy, Arrowtown, Kingston and Gibbston.

The 2021 Trade Me Rental Price Index showed Otago had a median weekly rent of $500 per week, in line with what you should expect to pay in Queenstown.

Popular suburbs for renting in Queenstown-Lakes District include:

Buying a house in Queenstown is very competitive. The area has been experiencing a construction boom; however, the price of housing is still relatively high compared with the rest of the country. In November 2021, data showed that asking prices in the Queenstown-Lakes area had risen by 41.9% to an average of $1.4 million.

The price increases are mainly due to a lack of new supply and very few titled sections that allow new houses to be built.

Queenstown is a small town, so in some respects, it doesn’t matter too much where you choose to stay — you’ll never be more than half an hour’s drive from most places.

Fernhill is located on the slopes of Ben Lomond, in the west of Queenstown. Close to several walking tracks and within walking distance of the centre of town, Fernhill is a great place to stay for people who like to keep active. Two hiking trails, the Fernhill Loop Track in the Ben Lomond Reserve and the Arawata Terrace Track, are close by. This area has a lot of hotels in it and is a popular place for tourists to stay outside of the very centre of Queenstown.

There are large houses and smaller homes available for rent in this area. A 4 bedroom home rents around $850 per week, while a one-bedroom costs $420 per week.

Shotover Country is a relatively new suburb that was first established in 2012. The area was rezoned from rural to residential to form a new suburb between the Shotover and Kawarau Rivers.

Although Shotover Country is a suburb of Queenstown, it is a little further away than some inner suburbs, and it could pay to have access to a car here. Even so, the location is excellent. Shotover Country is close to Frankton and Queenstown airport and has well-established schools, parks and amenities that mean you won’t have to go into central Queenstown to shop.

Queenstown Hill is a very central suburb of Queenstown. It has a lot of hotels and access to the Queenstown Hill Walking Track, a three-hour loop track that can be accessed via Belfast Terrace. This suburb is only a twenty-minute walk from the town centre, although the terrain is quite hilly.

Queenstown Hill has many beautiful lookout spots that give you a great view over Lake Wakatipu. This is an expensive suburb to rent in, although many houses have great views of the lakes and mountains to the south.

The average price of a 3-bedroom home in Queenstown Hill is $950 per week.

Kelvin Heights is part of the Queenstown Trail, one of the best cycling trails in the area. The Kelvin Peninsula is more well known for having luxury rental accommodation. The average price of a 3-bedroom, 2-bathroom apartment is $1,000 per week.

Located north of Queenstown, this suburb is separated from Queenstown by a drive up Gorge Road on the Shotover River. Arthurs Point is a popular spot for adrenaline activities. The Shotover Jet, Queenstown’s iconic bridge, and the Onsen Hot Pools are all close by tourist attractions. Arthur’s Point is close to Morning Star Reserve, the Moonlight Track Trailhead, and the Historic Tunnel Walk.

There are two-bedroom and three-bedroom homes for rent between $675 and $750 per week.

Once considered a separate town to Queenstown, Frankton is now a centrally-located suburb in the Queenstown area. It’s now a busy shopping centre for Queenstown residents, and within this suburb, you’ll also find Queenstown airport, the historic Kawarau Falls Bridge, and Queenstown Events Centre. In summer, the Remarkables Market attracts many locals from all over the town.

Frankton has quite a few options when it comes to rentals. You’ll find one-bedroom apartments and three-bedroom houses not far from one another.

A one-bedroom apartment starts at $385 per week, while a two-bedroom home costs around $595 per week.

Things to do in Queenstown

There are plenty of things to do in Queenstown to keep you busy.

Get Your Adrenaline Fix 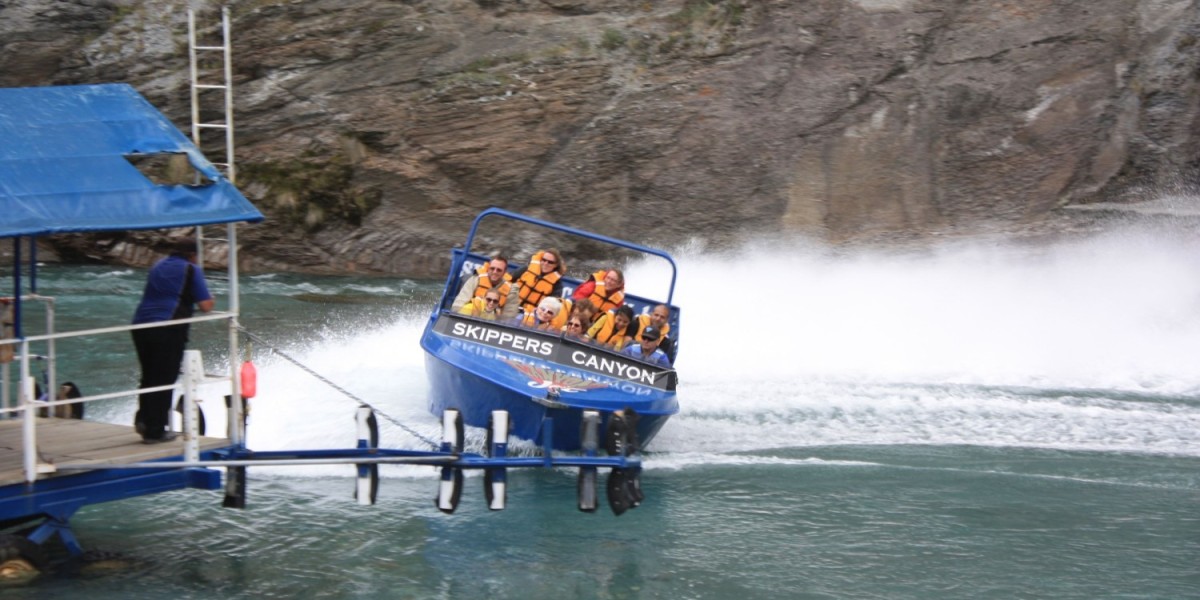 Queenstown is known as a haven for adrenaline junkies. Check out some of these favourite activities to get your blood pumping.

Get Your Chill On

Queenstown might be the adrenaline capital of New Zealand, but that doesn’t mean you can’t take it easy while you are there.

Explore New Zealand’s best craft breweries in Hagley Park. With 40 craft breweries and more than 35 food options, there’s something for every beer lover to enjoy. Tickets start at $49.90.

Set on the Gibbston winery, the Gibbston Valley Summer concert has an atmosphere like no other. Tickets cost around $125.00.

The NZ Gold Open is known as an iconic sporting event. Spectator entry to the New Zealand Open at Millbrook Resort is free. In 2022, the event has been postponed until March due to Covid regulations. 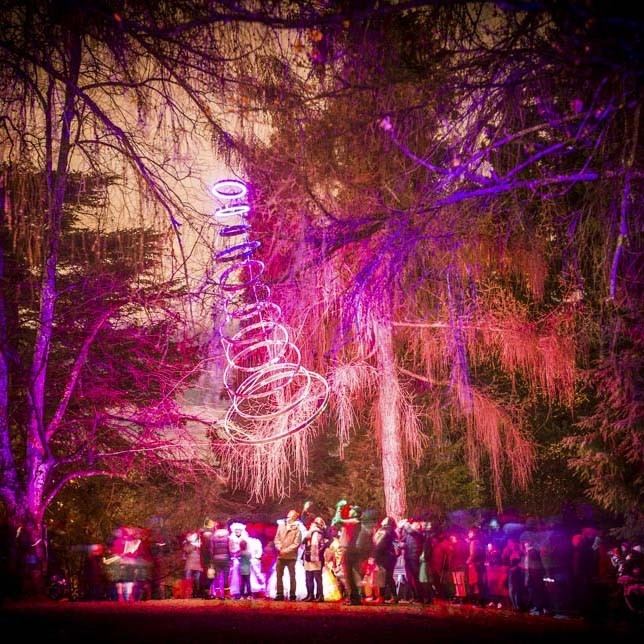 The LUMA Southern Light Project is held over a long weekend and brings together light sculpture, performance art and illuminated arts in the Queenstown Gardens. Tickets start from $10.

See New Zealand’s best snow sports athletes at The Remarkables and Cardrona over 14 days of competition.

The cost of food in Queenstown

When figuring out the cost of living in Queenstown, don’t forget to factor in eating out.

The cost of eating 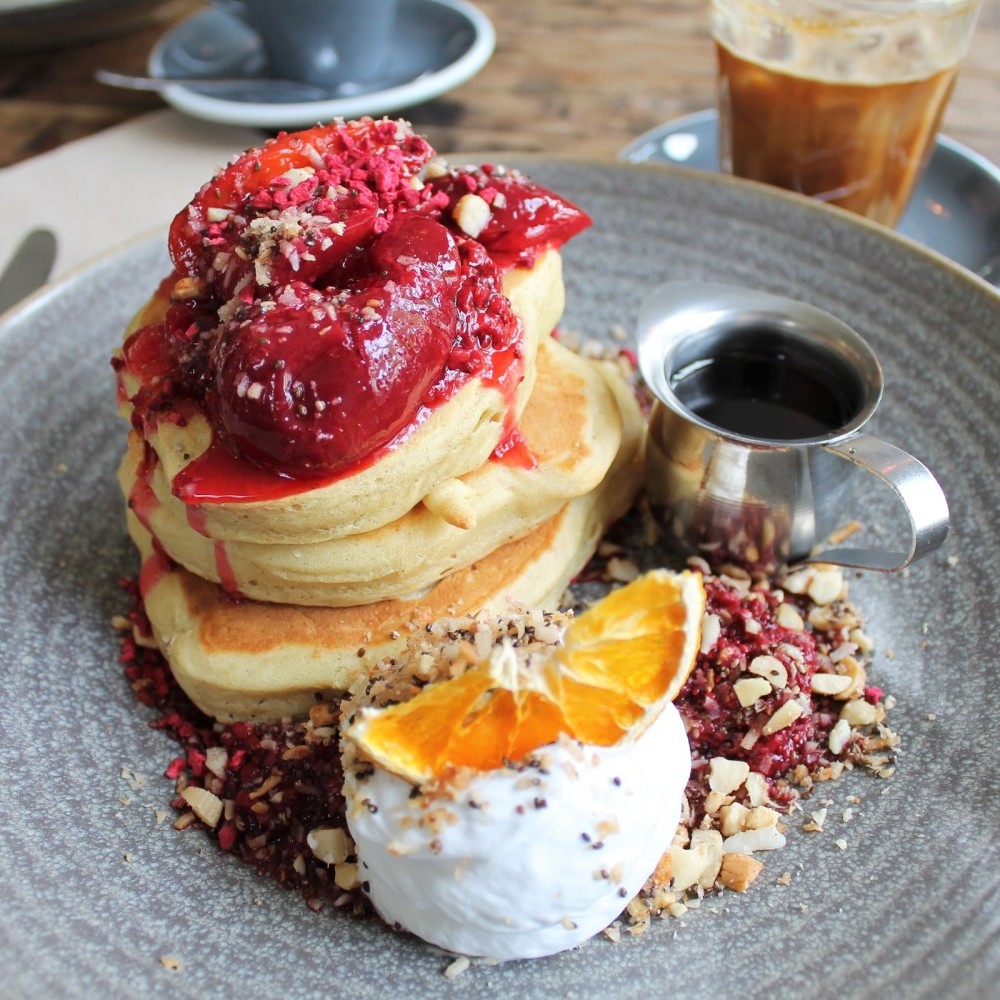 According to the comparison website Glimp, a single household shop per week in Christchurch comes out to $105. This is cheaper than an average shop in Auckland, which costs around $135.

The cost of dining out

Queenstown has a wide range of eateries that cater to many budgets. Here’s what you can expect to pay per person for a meal and drinks at some of the most popular restaurants.

The cost of drinking

Queenstown has a vibrant bar and brewery scene. Here’s what you can expect to pay per person for a drink at some of the most popular bars in town. 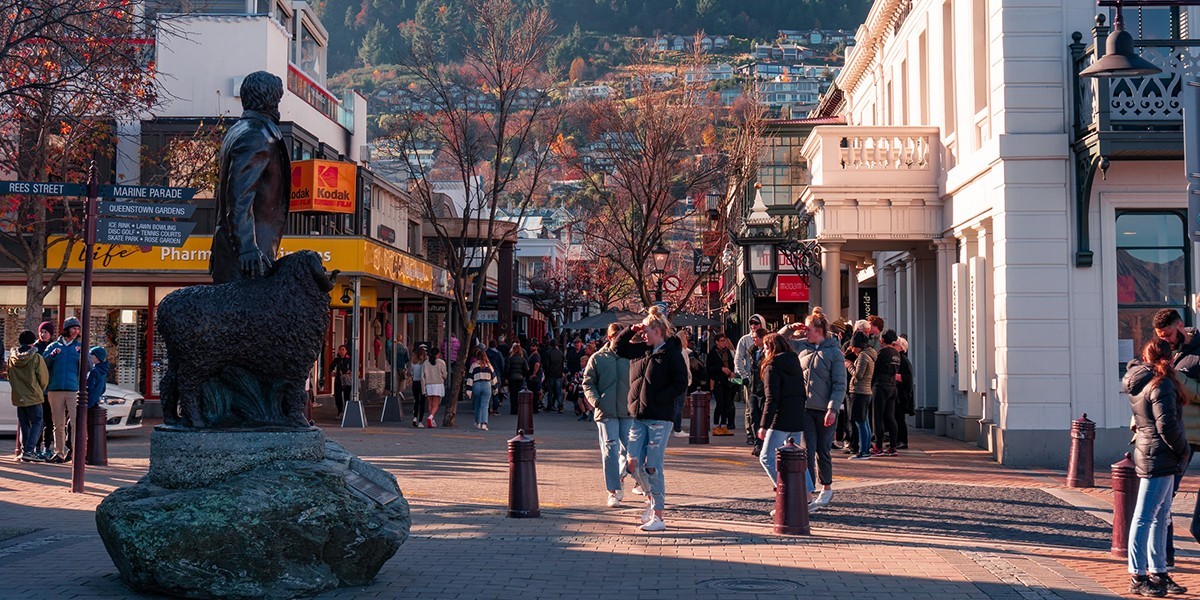 Queenstown can be a walkable place to live, but you might want to invest in transport since there are many things to do outside the confines of the town. Queenstown has five bus routes:

Fares to get anywhere on the Orbus Queenstown network are $4 or $2 with a Bee card.

Queenstown can be a busy little town, and finding a place to park in the peak seasons can be challenging. Parking is available in town at the Boundary or Church Street carparks. Main Street and Ballarat St also have parking options. For a full rundown on places to park and their prices, visit the Experience Queenstown parking site.

The cost of living in Queenstown is just one factor you should consider before moving to this picturesque town.

Back to All Posts
All Covered. No Hassle. Moving companies services across New Zealand — book online now
9.6 (10,266 reviews)
Get Prices

Roman blind 197cm wide x 153cm long
Chartwell, Hamilton
Seddon
10
Olivia
Great communication, I really appreciated knowing they would be in touch so I could meet the delivery. Awesome service, thanks!!
$195

Home move
Buying Near a Beach in NZ? Know These Things Before You Move
New Zealanders love the beach.

Home move
7 Downsides to Consider Before Moving to New Zealand
Many people see New Zealand as the perfect place to live, with its amazing nature and mild climate year-round.

Furniture Removals, Home move, Man With a Van
The Best Sofas on Sale Right Now in New Zealand
If you are looking to upgrade a piece of furniture in your home, you can’t go past the humble sofa.

Home move, Furniture Removals
Get Rid of These 7 Things Before Your Next Move
One of the best things you can do before a move is to eliminate excess items that you no longer use.